Meet the new anti-grooming tool from Microsoft, Thorn, and our partners

What you should know about this new anti-grooming technique

Technology is a powerful tool—one we can decide to use to keep children safe online.

At Thorn, we believe in building a world where children can interact with technology and remain safe, curious, and happy. Building that world will take a variety of solutions, and working together with partners like Microsoft, Roblox, and The Meet Group we’ve recently taken another step forward.

You may have heard it called Project Artemis. While this is a term often associated with the tool, it was actually originally intended to only be used as a codename for internal purposes. To avoid confusion we won’t refer to this new anti-grooming tool as Project Artemis moving forward.

But that certainly doesn’t make it any less significant: This is a first-of-its-kind technique that can detect the online grooming of children, helping organizations to disrupt and report it when and where it happens.

How did this anti-grooming tool get started?

To understand this new tool, let’s zoom out and briefly touch on a complicated subject: predatory grooming, which we’ll discuss in-depth in the future.

Online predatory grooming is a tactic or set of tactics designed to gain a child’s trust in order to coerce them into sexual exploitation. Grooming can result in sextortion, sexual abuse, and trafficking.

A recent New York Times article pointed out that grooming has proliferated via chat functions in multiplayer video games, even those designed for young children. At Thorn we know every platform that hosts user-generated content or allows for peer-to-peer interaction is a place where grooming and abuse can take place.

Enter the anti-grooming technique—which was in motion over a year before the New York Times article. This tool was seeded during a hackathon hosted by Microsoft to address online grooming in late 2018.

Sponsored by the WePROTECT Global Alliance and Child Dignity Alliance, this hackathon brought together a team of tech leaders including Roblox, Kik, Thorn, The Meet Group, and Microsoft. The project was led by Hany Farid, who developed the PhotoDNA tool for detecting and reporting images of child sexual exploitation online.

What does the anti-grooming tool do?

This is a technique that scans text-based chats for possible grooming, allowing individual companies to monitor potential grooming and report it to law enforcement.

It will help to disrupt the sexual abuse of children and enable organizations to report grooming on platforms where it has been implemented.

Who can use the anti-grooming tool?

Technology companies with a chat function who are seeking to protect children from online predation on their platforms can apply for cost-free use of the technique. Law enforcement and non-governmental organizations (NGOs) are also eligible to apply.

Licensing and distribution is managed by Thorn. As of January 2020 Thorn began transitioning stewardship of the tool from Microsoft, which is expected to be finalized by the spring of 2020. Those interested in access can send an inquiry to antigrooming[at]thorn.org.

What’s next for the anti-grooming tool?

As Thorn CEO Julie Cordua told The Verge, “it’s about time platforms move away from the failed practices of self-policing and toward proactive prevention of child grooming and abuse.”

This technique is not a complete solution, but it is a major step forward in becoming proactive in this fight. Every piece of tech added to our digital toolbox increases the impact of Thorn’s technology-based approach—and as we add tools, we also sharpen them and make them stronger.

We will continue to work alongside our partners to develop additional features, add languages, and build new functions. We’ll work with the companies and organizations that utilize the technique in the field to iterate and continually make it better.

We can eliminate child sexual abuse from the Internet—working as a team to build and implement cutting-edge technology are significant building blocks in creating a world where children can be safe, curious, and happy.

This is a significant milestone, but it’s also just the beginning.

Want to make an impact? Share what you’ve learned about this new anti-grooming tool and sign up for emails from Thorn to stay up to speed on the issue and be the first to learn about more ways to help. 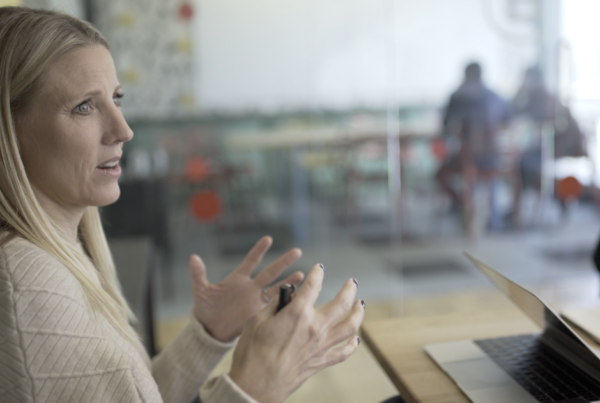