Sextortion: I Want People to Remember My Story

The following post is written by Ashley Reynolds. She has spoken about her story in several states and was invited by the FBI and the National Center for Missing and Exploited Children (NCMEC) to help spread the word about sextortion. In May of 2016, Ashley was honored in Washington, D.C. and was presented with the ‘Courage Award’ by Beau Biden.

It’s not me that I want people to remember. It’s my story. It was late May of 2009 and I had just finished my freshman year of high school. I hadn’t put much thought into how I wanted to spend my summer that year; I had signed up for a summer class to take world history with hopes of opening up more availability to knock a few college courses out by the time I was a senior. Though I was dreading the fact I had to devote one month of my summer vacation to summer school, it was nothing compared to the unexpected 5 months of my life I had been a slave to a stranger I eventually learned was nearly twice my age.

The first time I had been contacted by my abductor I hadn’t given him the light of day. I was sent a message on MySpace by a person with the alias “Captain Obvious”. Subject line: “I have naked pics of you, open this”. I payed no attention. Honestly, I just figured it was some spam chain letter and completely ignored it because I knew I had never taken a nude picture. He kept telling me he had naked photos of me and if I wanted to keep them from being sent to my friends I had to comply. He insisted he had naked photos of me and that’s when the manipulation began. I started thinking, “what if he does have naked pictures of me?” I had a webcam, what if I left it on and he saw me changing or something. After countless attempts of contacting me — I had finally given in. He wanted 7 pictures of me, and said once I finished giving him his request, he’d leave me alone. Being so naive at the time, I surrendered and did what I had to do in attempt to never hear from this guy again. He claimed to be around my age, and had a profile set up to disguise himself as such — actually he had many profiles, many names, and many pictures.

I was taking pictures for him every night. It was my new normal. What began with 7 pictures, turned into a list of over 60 pictures. Every night. These pictures were categorized. Different poses, different positions, different things he wanted me to do to myself. My innocence had been completely stolen from me. My dignity; every bit of respect I had for myself. I felt disgusting and ashamed.

The Truth Comes Out

This went on for months until my parents did the right thing, and without me knowing, logged themselves onto my Myspace account to check up on what I’ve been doing in my cyber life. The inevitable happened, and they finally got a glimpse of what I had been secretly going through.

One night while I was at a christian club that was from my school called Young Life, my mom texted me saying “Dad and I are picking you up”. My anxiety began and I started freaking out. When we got home they escorted me to their bedroom where the home computer was. She pointed to the monitor “what is this?” I was in shock. I let out a scream and fell to the floor. Tears began rolling down my face. My dad was yelling and my mom was crying. It was complete chaos.

A big part of why it was also hard for me to tell anyone about what was happening to me is that I was afraid. I was afraid of all of this being my fault, and me getting in trouble. I don’t know what prompted my mom to find the National Center for Missing and Exploited Children (NCMEC) but this is what ended up being the decision that saved my life. By doing this, they were the ones who got the FBI involved, who would later hunt Lucas Michael Chansler down and put an end to his reign.

I decided to make another MySpace. This time using Ash as my name with my middle name substituting as my last name. My profile picture was taken from afar so that it wasn’t easy to tell if it was actually me. This clearly was a mistake. I’m pretty sure within days of that new account, he found me.

Not only did he find me, but he was more angry than ever. And that was when I got a phone call from a friend saying someone had sent them a naked picture of me. We gathered all of my friends and told them everything that had happened to me. It was mainly my mom. I couldn’t even look at them, let alone tell the story. Luckily for me I was blessed with some of the most amazing and understanding friends who had my back and were there for me 100%.

It was April of 2010 when I finally heard the words I thought I would never hear, “it’s over”. The FBI called my mom, telling us they had caught him. I found out he lived in Florida, was about 27 years old and had over 350 girls he was doing the exact same thing to. They raided his house, only to find his computer containing graphic images of young girls of all ages. The youngest being just 8 years old. We weren’t anything to him — we were files. We were folders on his computer labeled as “In progress”, “Still working on”. He was stealing the innocence of all of our young lives.

They caught him and I was free. My nights of fear, anxiety, and tears were finally over. In that very moment the weight that was so heavily on my shoulders disappeared.

About four years of silence followed that. It wasn’t until early November of 2014 that I received a call from Special Agent Larry Meyer, who later became my greatest hero. He invited me to Jacksonville, FL, where Lucas Michael Chansler was being convicted for the acts he had done. It was there that myself, and 3 other courageous victims of his, made our testimony to the court telling our side of the horrendous acts that had been done upon us.

We had all been prompted to share our story with the court. Each so different, yet so similar. One of the victims was so damaged from what Chansler put her through she was unable to read her statement herself. As her mom took the stand to read her letter, that’s when it really hit me hard. “I would come home from school, and look for places to hang a noose”. That has stuck with me to this day. This was a girl who was so badly damaged by the demands of Chansler that she had actually made plans to end her own life.

Why I’m Spreading the Word About Sextortion

Why me? I often asked myself. It wasn’t until I decided to come forward with my story that I finally had the answer to the question I once asked on an everyday basis. The answer is why not me? This is epidemic and its only the beginning. It’s my words and my story that will be used to prevent the next Ashley Reynolds from being kidnapped from behind the monitor.

I want to help someone in this situation that gets overlooked all the time. My case may not be taken as seriously as others. He never touched me. Didn’t rape me. I never even saw him in person until he was already detained. But what he did was something so sinister. He forced me do it to myself. I had gone through time and time again blaming myself, knowing it was being done by me.

This is a topic of conversation. This is the threat that faces current and future generations. One silent victim at a time. I will always remember the name Lucas Michael Chansler. And as for him, he will only remember me as a folder on his computer labeled “In progress”. 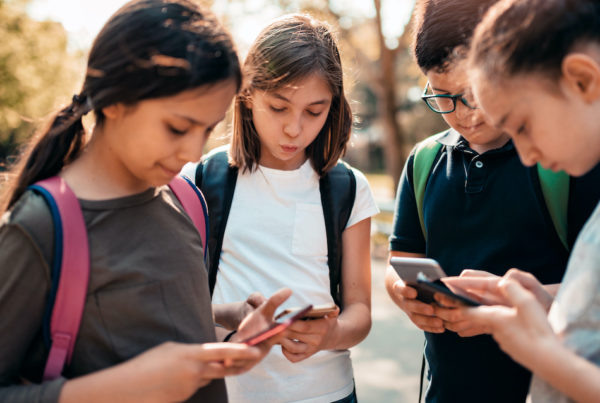