Finding something in common. Telling personal stories. Sharing something just a little bit vulnerable and creating a bond. We all do this to build trust. That’s a good thing, right?

But what if someone takes that trust to a place where we never want it to go?

That was my big takeaway in a recent conversation with Thorn’s Senior Manager of Research as I began to learn more about online grooming.

The conversation came after a New York Times article about sexual predators using video game chats as an access point to potential victims was published. My protective instincts were heightened. My child plays video games — does that mean they’re at risk, too?

My anxiety didn’t magically disappear, but it definitely lessened. I learned about what online grooming actually is, how parents can start to talk to their kids about it, and the real-world solutions that are being applied to address and stop it.

As you take the brave step to learn more about this issue, we hope sharing our knowledge helps to lessen the burden or anxiety you may be feeling, too. But this is just the beginning. Keep an eye out for more posts that dig into the issues facing the children we serve—the issues that we’re researching and addressing alongside our partners to build a world where every child lives free from the threat of sexual exploitation on the internet.

What is online grooming?

Online grooming is a term used broadly to describe the tactics abusers deploy through the internet to sexually exploit children. It can happen quickly or over time, but at its core it’s a process of exploiting trust to shift expectations of what safe behavior is and leveraging fear and shame to keep a child silent.

Technology didn’t create grooming. It’s a process that has existed in offline abuse since well before we all carried tiny computers in our pockets. However, the variety of platforms in existence, and the prominence of digital environments in our lives, has increased abusers’ reach and opportunity.

Adults seeking to abuse children will go where kids are. As a result, grooming can theoretically happen just about anywhere.

As the New York Times article I referenced above points out, predators can reach children in video-game chats, possibly creating fictional personas to develop a sense of kinship with victims, or portraying themselves as a trustworthy adult in a place where other adults are largely absent. With live streaming it may start as something that feels harmless to the child: encouraging her while she dances to the latest hit or celebrates a new gymnastics move—but a predator can use technology to screenshot an innocent moment and sexualize it.

Grooming relies on exploiting insecurities and trust, and in an online setting trust can be built through a variety of methods. Children are able to build new relationships that are completely decontextualized from every other aspect of their lives. Any content produced as a result of grooming can then be used to threaten and blackmail a child, playing on a child’s fear of getting in trouble, to force the victim into performing more acts which can become increasingly explicit.

Perhaps this is why online grooming can also be one of the most challenging issues to wrap our heads around—it’s so varied, and sometimes it feels like it can happen anywhere that children interact with the online world.

Additionally, research in this area is tough. The historic gold standards for research take time, and with how quickly online environments change, standard research methodologies struggle to keep pace. While there’s still a lot of research that needs to be done in this area, we do know that technology itself has changed the landscape. 94% of kids ages 3-18 have home internet access, according to the most recent data from the National Center for Education Statistics, and due to school closures from the COVID pandemic kids are spending up to 50% more time on screens.

For those whose intent is to exploit children, it’s far easier today than it was 20 or 30 years ago to cast as wide a net as possible. They can send a thousand requests in a matter of days, and receive 999 declines. It just takes one accepted chat or friend request to open the door.

*Note: While at Thorn we’re focused on the intersection of technology and grooming, there are some great resources for how it can occur in real life. Take a look at Darkness to Light’s guide here.

What do parents and caregivers need to know about online grooming? Now that we know a little bit more about grooming and just how varied it can be, what do those with young people in their lives need to know? While this is by no means exhaustive, here are some starting points:

Adults still see the world, and their identities, as largely offline or online. They tend to think of the online world as a set of tools, used more for utility than anything else.

But for most young people there is less of a distinction. There is only the world, and their identities exist in both realms. The online world is a place where they can extend their personality, as well as explore and experiment in ways that are entirely developmentally appropriate. In fact, time spent online developing social networks, even those that are purely virtual relationships, help kids feel more supported. According to one recent survey, at least a quarter of teens say social media has a positive benefit on their lives by providing more opportunities to connect with peers than they would have without it.

To understand how grooming happens online, it’s important to remember that teenagers today have the same wants and needs as they did 30, 40, or 50 years ago: the desire for self-discovery, a need for validation, and a yearning for attention. The difference is that there were far fewer ways to shame, manipulate and exploit kids when their under-the-bleachers activity wasn’t recorded. Documentation via text and images creates opportunities to leverage shame and create isolation, which can push kids into believing they’re alone, even when we’re sitting at the same dinner table.

Online predators can take advantage of the things every child wants in life, which if we stop to think about it, are the same things we all want. 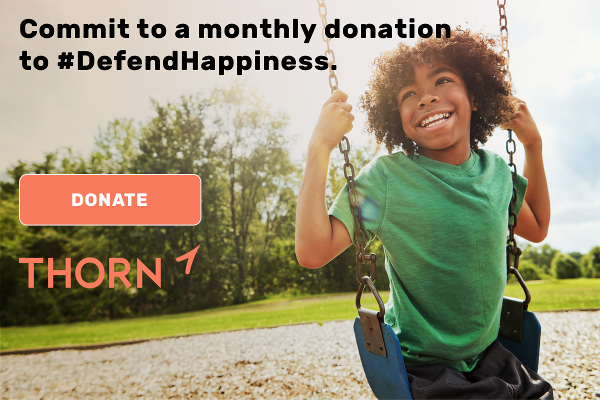 Put yourself in their shoes

Imagine being at a gathering with your closest friends. Now, unabated, you turn to your best friend and divulge the moment where you felt the most shame in all of your life.

We all know this isn’t how secrets or vulnerabilities are shared, and yet, we hope that children will simply come to us and tell us if they’ve been the victim of sexual exploitation.

The truth is that in many cases kids are already rebuffing grooming attempts, and possibly doing so much more often than we know. It’s estimated that at least a quarter of teens have received explicit images they didn’t ask for, and those are the kids who felt comfortable enough to admit it happened.

As one teen told Thorn during a focus group in 2019, here’s how they respond: “…just try to ignore or block them, even changing [a] username if the offender is extremely persistent.”

Through online grooming, predators are able to memorialize a child’s decision in the most harmful way possible. When a predator does this, they’re banking on a fear of shame and consequences to prolong the abuse and enable production of additional content.

Picture yourself as a 12-year-old who sent an image to somebody online that you trust, who liked you for who you are, and who then threatens to share that image with your family, your school, and your friends if you don’t keep doing what they say.

This is a form of blackmail called Sextortion, which we will cover more in-depth in this series in the near future. It’s extremely difficult for adult victims of sextortion to come forward and it’s certainly no easier for a child. We have to work to try and build trust with our kids so that when something unimaginable happens in their world, we’re on their roster of allies who can help.

Build trust all of the time Preventing grooming can’t be done through a single conversation, and it won’t be accomplished just by telling kids “don’t” or by restricting access to technology. Remember, grooming can look a lot like making a good friend—it might not be clear it’s happening for a long period of time.

The fact is that kids are going to be online, no matter what adults do or say, and that adds a new layer of risk to growing up. We cannot underestimate the courage and maturity it takes to share our most painful experiences with someone—friend, counselor, or parent—even when prompted. As caregivers and adult allies, we must be working everyday to ensure young people feel safe enough to come to us if a decision they made goes sideways. Not starting these conversations doesn’t protect them from the harm, it leaves them ill-equipped to handle it when it happens.

As Shefali Tsabary, renowned parenting expert and author of “The Conscious Parent” says: “Children aren’t naturally closed off. On the contrary, they are open and willing to share themselves as long as it feels safe to do so. Children want us to see their inherent goodness, regardless of their external behavior at a particular moment. They delight in assurance their misbehavior won’t faze us. To accept them unconditionally is what it means to witness our children.”

Building a foundation of trust, where the child feels safe all of the time, can build the safety net kids need to be able to come to you when something scary happens.

There is also a very practical component here, in that if any content has been produced or there is a record of interactions with the perpetrator, it should be reported as quickly as possible. Doing so increases the chances of content removal and law enforcement being able to track down the perpetrator.

All information regarding possible child sexual exploitation should be reported to the platform where it was found, as well as the National Center for Missing and Exploited Children (NCMEC). If you feel under immediate threat, you should call 911.

For more steps on what to do in this situation, click here.

It’s not all up to you

Because grooming is often the first stage of sexual abuse, it can create a sense for parents that if they can prevent grooming, they can eliminate the possibility of sexual abuse altogether.

Unfortunately, there’s nothing we can do to make sure that our kids will be 100% safe 100% of the time.

Thankfully, parents aren’t alone in caring about their children’s online safety. There is an ecosystem of support, from NGOs to law enforcement to tech companies and so many more, who are coming together to stand up and redesign our response to the sexual exploitation of children for the digital age.

As a parent, all you need to do is keep trying and keep learning. That already makes you a superhero. 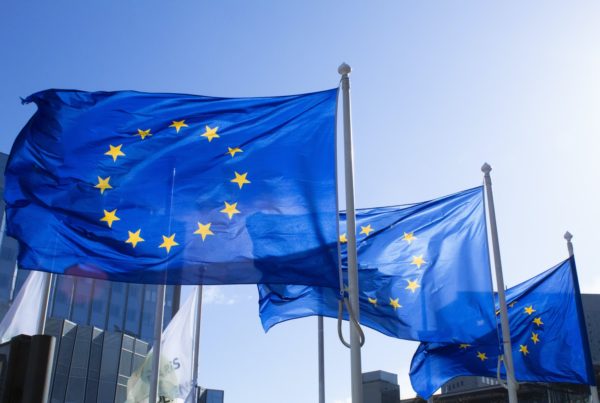