As Thorn’s Program Manager, I lead research initiatives that deepen our understanding of child sexual exploitation and help inform our partners across the tech industry, law enforcement and NGOs. Last summer, we launched a new research project to better understand sextortion. We heard from our partners about this growing threat to online child safety and the severe consequences. We wanted to arm them with more knowledge to combat this abuse, so we partnered with the Crimes Against Children Research Center to get our partners the information they needed directly from survivors.

Through paid outreach on Facebook and Twitter, we asked young men and women who had been threatened with the exposure of sexual images to take an anonymous online survey. The responses flew in – with over 1,600 completed, it was 10 times more than we expected. From a data perspective, this was amazing. On a personal level, it made me realize how frequently this devastating experience occurs.

As I read their responses, it seemed that sharing their experiences was almost therapeutic for them, like this was the first time they had a chance to tell their story. I wanted to read every word, connect with every survivor, make sure his or her voice was heard. These experiences were coming from my peers, and many of them (46%) were threatened when they were 17 or younger.

Sextortion Can Happen to Anyone

I told a friend about the campaign and our overwhelming response rate. Reading their stories, I felt like it could have been me. Then, he told me his story:

When he was just 14 years old, he was in a chat room. Somebody asked him to send a nude image of himself. They offered to send him one first – an ‘I’ll show you mine if you show me yours’ situation. When they sent him the image, it was a naked image of himself. He had no idea how they got it. He logged out and never used a chat room again. He felt violated and scared and didn’t know what to do, so he pushed it to the back of his mind and pretended it never happened.

Over ten years later, this was the first time he had told anybody, and he is not alone. More than 1/3 of our survey respondents had never told anyone.

Luckily, his experience ended there. He considered that his images were out in cyberspace, possibly forever, but he felt powerless. For him, it was out of sight, out of mind.

That should not be the only option.

Sextortion is an emerging threat and little research exists to map it out and explain how it happens – until now. This first of its kind research provides that insight, directly from survivors. They speak for themselves in much of the report, and with such a large percentage disclosing their situation for the first time, our findings shed light on their untold experiences. We are incredibly grateful to the respondents for equipping us, and our partners, with better knowledge to combat sextortion. 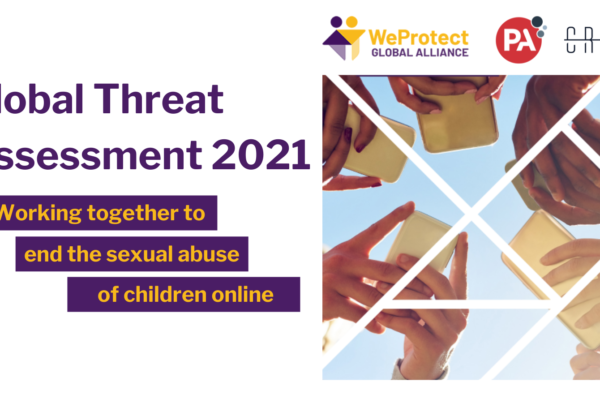