Thorn turns 8: Some of our proudest, and favorite, moments so far

8 years ago, Thorn was a vision with a mission statement: Thorn drives technology innovation to fight the sexual exploitation of children.

It wasn’t always clear what exactly Thorn would become. That’s what happens when you’re shocked and humbled by the scale of a problem, and you set out to learn how to be a part of the solution. When our co-founders learned about the issue of child sex trafficking (CST) from a documentary highlighting what was happening to children in Cambodia, they were moved to act — but how to best have an impact wasn’t clear. As they learned more, they discovered that child sex trafficking wasn’t something that was only happening over there, it was happening right here, across the U.S. The evidence showed it was a growing and urgent problem.

Thorn’s CEO, Julie Cordua, was brought on to evaluate the opportunities and gaps in the systems that were intended to defend children from sexual exploitation, such as trafficking. After listening to survivors, and to the child protection experts on the front lines, her strategy was clear: Technology could be far better leveraged to facilitate and expedite the recovery of child victims of sexual exploitation.

Thorn was built to fill the gap that existed at the intersection of technology and child protection.

Over the past 8 years, we’ve grown from a driver of technology to a builder of technology that is designed to defend children from sexual abuse. Today, Thorn’s tools equip NGOs, companies and law enforcement with the technology they need to protect kids.

All of this is only possible because of you – our supporters. You’ve been a pillar of strength to this work, because every time we have a bold idea we know you’ll support the vision, we know you’ll trust us with the plan, and together we’re on the path to eliminating child sexual abuse from the internet.

Over 200,000 escort ads are posted every day in the United States. Somewhere in all of those ads are children being bought and sold for sex on the open web. According to Thorn’s Survivor Insights survey, 3 in 4 minors who were trafficked for sex in the last decade were advertised online.

That research, the first we ever initiated, provided the key insight in building Spotlight. We wondered: if children are being trafficked, and if they are often forced to write their own ads, and there is all this data out there, shouldn’t we be able to use machine learning to identify which ads were most likely written by children?

The volume was too big for law enforcement to be effective with their existing manual processes. So Thorn partnered with Digital Reasoning to build Spotlight in 2014. Today, it helps users to reduce the time it takes to reach child victims of sex trafficking by over 60%.

This was also the moment we knew that tech products would indeed be a powerful tool in achieving our mission to defend the most vulnerable children from sexual abuse. It was the moment we became an organization that not only stands at the intersection of technology and child sexual abuse, but builds the products the front line needs to address the problem at the scale it demands.

The day that co-founder Ashton Kutcher sat in front of congress to talk about how technology intersects with child sexual exploitation, and how technology could be used to fight back, endures as one of the most pivotal moments in Thorn’s history.

We knew the opportunity to talk about Thorn’s mission in front of U.S. policymakers was important. What we didn’t know was that Ashton’s speech would inspire millions of people to consider an issue that is so easy to turn away from.

While known mostly for our work on CST, Julie’s TED speech represented the moment we told the world about a new, audacious goal: Thorn had a plan to eliminate child sexual abuse material from the internet.

Reports of child sexual abuse material online have risen 15,000% in the last 15 years. The internet was not built with child safety in mind, and right now, children languish in abuse simply because the technology that exists is not being leveraged to find them. We can’t accept living in that world, and while it won’t be easy, it is not impossible.

Now viewed nearly 2 million times, Julie did more than just introduce this plan — she laid out a vision for a better world: one where every child will be safe, curious, and happy.

Back in 2012 we had a tiny team, less than you can count on one hand, doing everything.

The team is obsessed with ice cream, loves a well curated gif, will take time out of any busy day to appreciate cute pet pictures, and carves out time to practice resilience and wellness. We’re not just co-workers, we’re team members, working together to always center ourselves in serving the most vulnerable children.

One of our favorite pastimes? Sharing the latest wins in a Slack channel dedicated to celebrating them. This is where we have the opportunity to reflect on the children our tools have helped to reach, the research we’ve completed, the partners we’ve made, and sometimes just the gratitude of coming together to do this work.

In Julie’s TED Talk, she talks about two critical areas of need in our mission to eliminate CSAM from the open web:

At the time, we talked about an industry-facing product we were working on in BETA. This year we brought that product to market — the first commercial product ever developed by Thorn.

This year, the internet became Safer.

Safer can help platforms identify, remove, and report child sexual abuse material at the point of upload. To date, Safer has hashed over 4 billion images, matching those that are suspected abuse material to the largest known dataset of CSAM. This year we’ll also deploy the first CSAM classifier — a machine learning tool that may, for the first time, help to identify unknown CSAM.

Safer will be critical in getting abuse content removed from the internet, disrupting the cycle of trauma the viral spread of this content creates. And with the classifier, there’s the opportunity to prioritize active abuse cases, reducing the months and years it can otherwise take to identify children in need of rescue.

We couldn’t do this work and serve these children without the support of our community and partners. It’s that simple.

We’re constantly in awe of all the ways people find to support us, from big campaigns to Facebook birthday fundraisers to spreading the word on social media.

But this year we were pretty surprised to wake up one morning and see that we were trending in relation to one of the biggest pop groups in the world: BTS.

Well said @JKCorden! Today we are feeling the love of the #BTSArmy! Thank you @BTS_twt and your fans for your generosity. Every dollar counts in this fight. You are making a real impact on the lives of kids. #DefendHappiness #EliminateCSAM https://t.co/N9CVpWzlDk

BTS supporters, known as the BTS Army, had heard about Thorn after Ashton Kutcher appeared on The Late Late Show With James Corden alongside BTS.

The BTS Army brought in hundreds of donations, raising $9,500 in a single day, and spread Thorn’s message virally across social media.

This was such a unique and exhilarating day for the entire Thorn team, but we feel the same way for every dollar and every bit of support we receive. Thank you to everyone working alongside us to build a better future for children.

Due to the sensitive nature of the investigations and the critical integrity of a child’s information, we don’t always get to directly hear about the impact our tools have. But when we received a note from one of our Safer users earlier this year, we got to see the kind of positive outcomes that inspire us to keep going.

Flickr, a photo sharing site, reported that they had submitted a report to the National Center for Missing and Exploited Children after Safer detected abuse content on their platform. An investigation by law enforcement following that report identified 21 child victims represented in online abuse images, allowing officers to remove them from harm. Further, their perpetrator has now been arrested and is in federal prison.

While it’s humbling to hear specific stories like the one above, we are also humbled by looking at data.

That’s because we know that in this line of work, every piece of data represents a human; a child victim of abuse or a survivor whose abuse and trauma can be disrupted with the right digital tools in the hands of our partners on the front lines.

And there’s more: we’ll be releasing our latest impact numbers in early 2020.

There are so many more stories to tell, so many moments where we weren’t sure how we’d pull off our ambitious goals and somehow we did.

8 years in, let’s take a moment to celebrate not just the big wins, but every small moment in between that got us here.

We’ve done this work together.

But we’re far from done. There are children out there that need us now, and we’ll keep working to find them.

Stay tuned for all the things to come in 2021 and beyond.

Subscribe to receive news, updates, learn more about the issue, and stay up to date on all things Thorn. 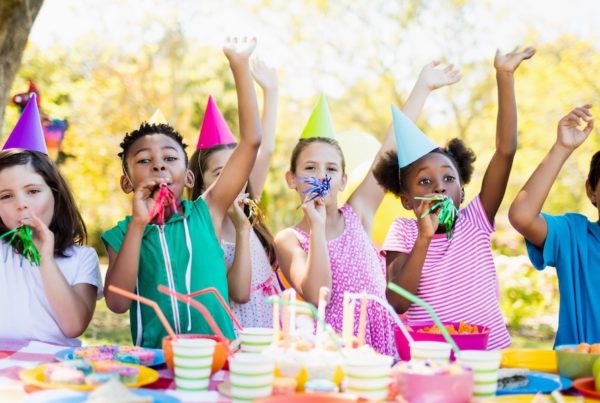