Angie Holbrook: Why I fundraise for Thorn

By Guest Author November 8, 2018 No Comments

Thorn supporter Angie Holbrook spent five months this summer hiking the 2,650 mile-long Pacific Crest Trail from Mexico to Canada as a fundraiser. Our team has been so energized by her dedication that we’ve asked her to share the story of why she decided to fundraise on our behalf.

This time last year, my world fell apart when I found out that my partner at the time was addicted to sex and pornography. In the initial stages of my discovery, I tried very hard to control his addiction by shutting down each of his accounts. One was particularly upsetting to me because I found private messages that were sent to him in which the sender included pictures of a young girl, promising that she was fourteen, even though she “looked older.” I reported the images, but I did not forget them.

Hiking for a Purpose

I have always been outdoorsy, and I wholeheartedly believe in the restorative power of nature. I was on a training hike for a Grand Canyon trip the night of January 4th when I came to the conclusion that I was going to hike the Pacific Crest Trail. I wanted to regain control over my life, but I also wanted to make my journey about a cause greater than myself. My mind kept wandering back to the girl in the pictures I’d found. I decided that night, in the middle of the desert, that I would use my hike to defend kids from sexual abuse.

I remembered seeing a video of Ashton Kutcher on social media giving a passionate speech about his “day job” and the children his organization helped. As soon as I got home that night, I Googled the video and was formally introduced to Thorn. I spent the next hour clicking through the website and researching its non-profit rating. When everything checked out, I decided I would dedicate my hike to them, so I emailed them my idea and asked for input. The last fundraising I’d done was in middle school, selling boxes of chocolates; I was in completely new territory and had no idea what I was doing, but I just remember being extremely excited about the possibility of it all coming together.

I chose to raise money and awareness for Thorn because I was personally affected by child sexual abuse material (CSAM). I’d honestly not thought much about the sexual exploitation of children before last year. It wasn’t that I didn’t care about the issue; I just didn’t realize how big of a problem it is because no one really talks about it unless it’s a huge sting operation on the news. I consider myself to be a pretty good judge of character: my ex wasn’t a shady felon, an angry alcoholic, or anything in between. He actually had a pretty solid history of helping others whenever they needed it. But finding the CSAM in his account made me realize that if it was happening under my roof, and I had no idea, it was probably a much larger epidemic than I could ever imagine. It hit me like a baseball bat, and I began to realize how prevalent child exploitation is.

I admire the work that Thorn does. Not only do they build tools to help law enforcement identify and rescue the children in images and videos, but they also develop programs to deter the potential consumers of CSAM. It saddens me that deterrents are needed, but if an advertisement that says, “This is illegal … get help prevents ANY participation in CSAM, I’m all for it.

Hiking for a purpose made it so much easier to get to Canada. If I was having a bad day (if it was hot and I was running low on water in the desert, if I was being eaten alive by mosquitoes, if I was cold and wet and miserable from being rained on), in my head I continued to think, “You still have so much to be thankful for; you’re not a victim of trafficking.” I met a fellow hiker in northern California and he asked me, “Will you be disappointed if you don’t get to Canada?” and I told him that wasn’t even an option. I didn’t even entertain the thought because my hike wasn’t about me.

I am blessed to have a lot of really amazing people in my life. Over 100 of my friends came together to support my hike and donate to Thorn. Even though my hike is over, I look forward to supporting Thorn for many years into the future. The team at Thorn has been incredibly inspired following Angie’s journey on the PCT and by her generous support of our work. A big THANK YOU to Angie and her community for helping to raise awareness about the issue and contributing to a world where every child can be a kid.

#GivingTuesday is coming up on November 27th. If you’d like to create a fundraiser on behalf of Thorn, get started here or rally your community on Facebook. Pride 2021: Defending the most vulnerable communities Building a world where every child can simply be a kid: Reflections on Juneteenth 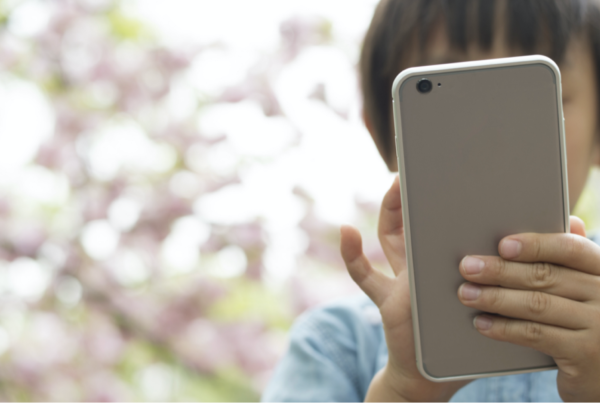 Flickr is Safer: How we’re building an online community that is safe for all